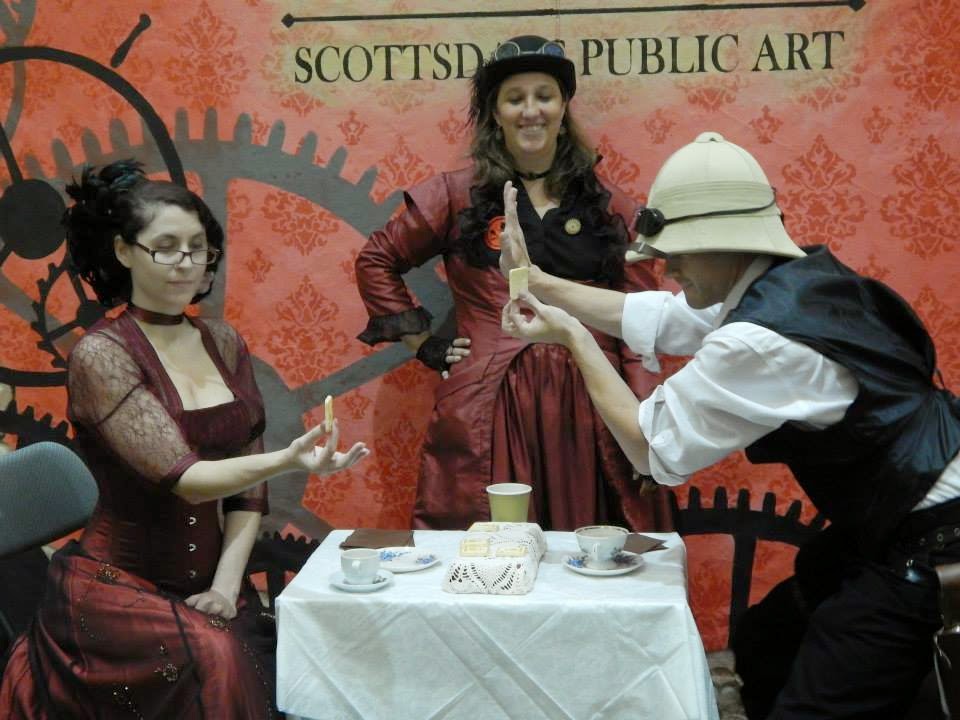 Something with Blood in the Title -- horror anthology

Urban Temples of Cthulhu - Modern Mythos Anthology -- collection of modern tales for the Cthulhu Mythos, editor and author of the included story "The Kings in Rebel Yellow"

Kill Those Damn Cats - Cats of Ulthar Anthology -- collection of tales featuring the nominal creatures from the Dreamlands originally featured in Lovecraft's tales "The Cats of Ulthar" and "The Dream-Quest of Unknown Kadath," editor and author of "Jangling the Silver Keys"

Can Such Things Still Be?  Complete Literary Guide to the King in Yellow -- exactly what the title says

Scooby Doom versus the Cult of Cthulhu -- a Choose Your Own Adventure style book.
Choose from 47 possible endings, most resulting in death! Will it be yours?
With special guest Herbert West.

Pickman's App -- modern storyline continuations of Lovecraft's works Pickman's Model, Azathoth, and The Transition of Juan Romero are combined into a twisting tale of dark discoveries within the Oblivion Hearts world setting of the Cthulhu Mythos

Don't be a Cuntulu -- We all know one. Somebody who thinks they know everything about the Cthulhu Mythos – but they don't.  This is a Cthulhu Mythos poem for them.  A perfect birthday or Christmas gift when you don't know what to get them and you don't really like them either.

Hackergeist – Electronic Grimoire of Cybersigils of the Cthulhu Mythos -- The internet. It is everywhere and nowhere. Like the spirit realm. Like the Dreamlands. Like countless unseen worlds parallel to our own. It has become an alternate dimension unto itself; a living, growing system. One that cannot be stopped, or contained, or controlled, no matter what the preachers or the politicians tell you.  It has become a way for some entities to breach into our reality, to make contact with humanity; where thoughts become things, electric dreams become experiential, and vloggers become web gods.  Available in paperback or FREE pdf.

Venus of Cthulhu - The most accurate timeline of the Cthulhu Mythos on planet Earth.  Includes dozens of citations from Lovecraft's work as well as photos and information the Venus figures believes to have been worshiped in the ancient world and obviously depicting beings from other worlds.

Dysphoria - an emotional state characterized by anxiety, depression, or unease.
Just a broken doll.  Will she ever find out who she really is?
Suicide.  Gender identity.  Body image.  Nightmares.  Bullying.  Peer Pressure.  Loss of the self.

Dizneyland Fhtagn - What is it about amusement parks that fascinates us?  Something beyond the flashing lights and plastic cartoon effigies.  It is a visceral place.  All the senses engaged, even overloaded.  One does not escape reality but instead enters an entirely new one, a waking dreamland.
Adventure lies just over the next hill.

Bat Boss - To save Arkham and Miskatonic University, Hector will become BAT BOSS!  Contains quick start rules for Don't Let Them Take You Alive.  Can be used as a one shot adventure in any other Modern Cthulhu Mythos or horror roleplaying game.

Detroit Apoc City - The city of Detroit has become a multidimensional warzone.  The United States military has sent in black ops to contain the area and eliminate any threats, whether cosmic or domestic.  Every day, more cultists and mad men pour into the city.  Horrific creatures from beyond space and time tear through realities only to emerge in the heart of Motown.  Whether you are here to harness the powers that are corrupting and destroying the city or you are here to stop it, you're in for the fight of your life!

Head Priest of the First United Church or Cthulhu -- visit us at FUCC.IT
Discordian priest -- Ultra Mega Pope Demostis, Miniboss of Eris, leader of the Xaos Punx
Dudeist priest of the Church of the Latter-Day Dude