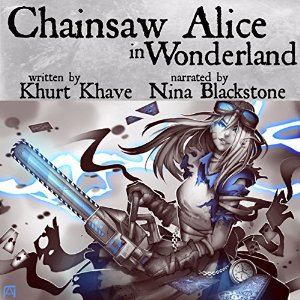 Chainsaw Alice in Wonderland is now available as an audiobook!


Alice the chrononaut falls down an unmarked dimensional rift, or rabbit hole, which transports her to the wondrous lands as imagined by author Lewis Carroll.


But this is a very real place, as any parallel reality that can be thought of can be created. Wonderland is being torn apart by warring kingdoms, cruel monarchs, cosmic corporations, odd gods, and the forces of Cthulhu!


Characters from both Alice's Adventures in Wonderland and Through the Looking-Glass, and What Alice Found There are joined by a cast of Disney-like talking animals as well as fantastical creatures such as mermaids, faeries, trolls, and minotaurs. And then the fighting and fornicating ensues!


The SICKEST steampunk horror book ever written! It's like Lewis Carroll, H. P. Lovecraft, Jules Verne, Walt Disney and the Marquis de Sade threw an orgy/murder party; and you're invited!


The best written trash you will ever hear. Exactly what it sounds like and much worse than you think! All the sex and violence that was missing from the original Alice in Wonderland is now here! You will be ashamed for loving it! It's tentacular!


Try the insanity, it's delicious!


Out of space.
Out of time.
Out of control.

Because there are billions of people on the internet and apparently none of you know how to do a Google search.  Here is the source video of the googly eyes Halloween costume.

The woman who came up with the idea for the Spider Queen and brought it to life is Lana Winnichyn (graphic designer: Lana's site).

The professional photographer who took the video is Keri Coles.  The video is on her Youtube page with a link to her photography page. 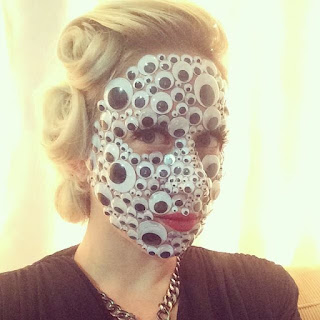 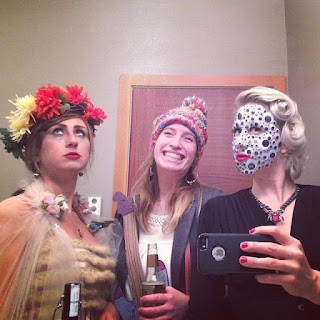