Is magick real?  Could it just be an as yet unknown form of quantum physics?  Lovecraft oftentimes used scientific theories to explain the supernatural and occult.   In the end, Lovecraft's cosmic indifference supports Gerard 't Hooft and Leonard Susskind's Holographic Universe principle; we don't matter especially because none of this is real.

Cthulhu fhtagn!
Posted by Khurt Khave at 10:01 AM 1 comment:

Second IP theft in one year! Church of Cthulhu 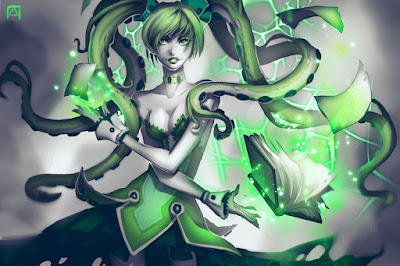 I'm sure many of you are familiar with our anime style tentacle girl that we had commissioned back in 2014.  Now, there's a statuette of an anime girl named Cthulhu. 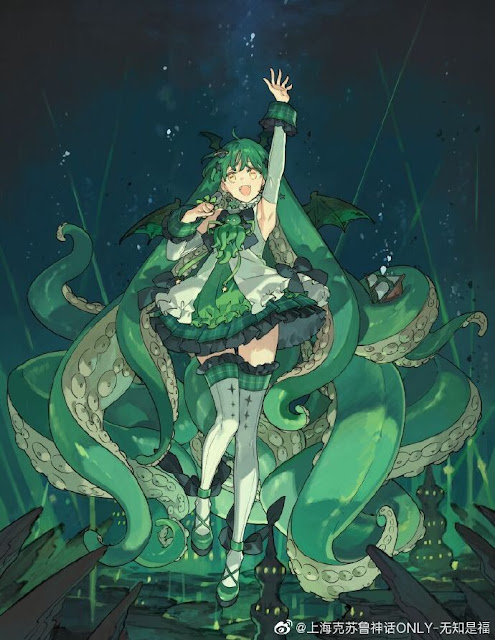 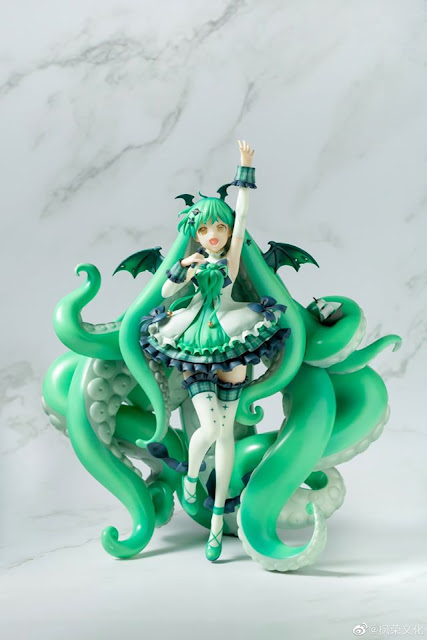 A female anime character with a similar style and color scheme, no problem, that happens a lot.  Even one that is specifically named Cthulhu and meant to be an anime school girl representation, we could let slide because they've already done that with Nyarlathotep.  But the hair tentacles?  No, fuck you.  You stole our shit.  Not like we can do anything about it, in fact, I'm sure I'll even pick one up.  And unfortunately this kind of thing happens all the time.  I guess it just proves that the First United Church of Cthulhu is spreading further every day.


People like to dismiss Lovecraft as either just a man of his time or yeah, he was pretty racist.  But that is inaccurate and brushes off a difficult topic for many to talk about, when there is much deeper, darker reasons for Lovecraft's behavior.  Take a look inside the mind of Lovecraft. . .
Posted by Khurt Khave at 6:29 PM No comments: