Doctor Who - Don't be a TARDis 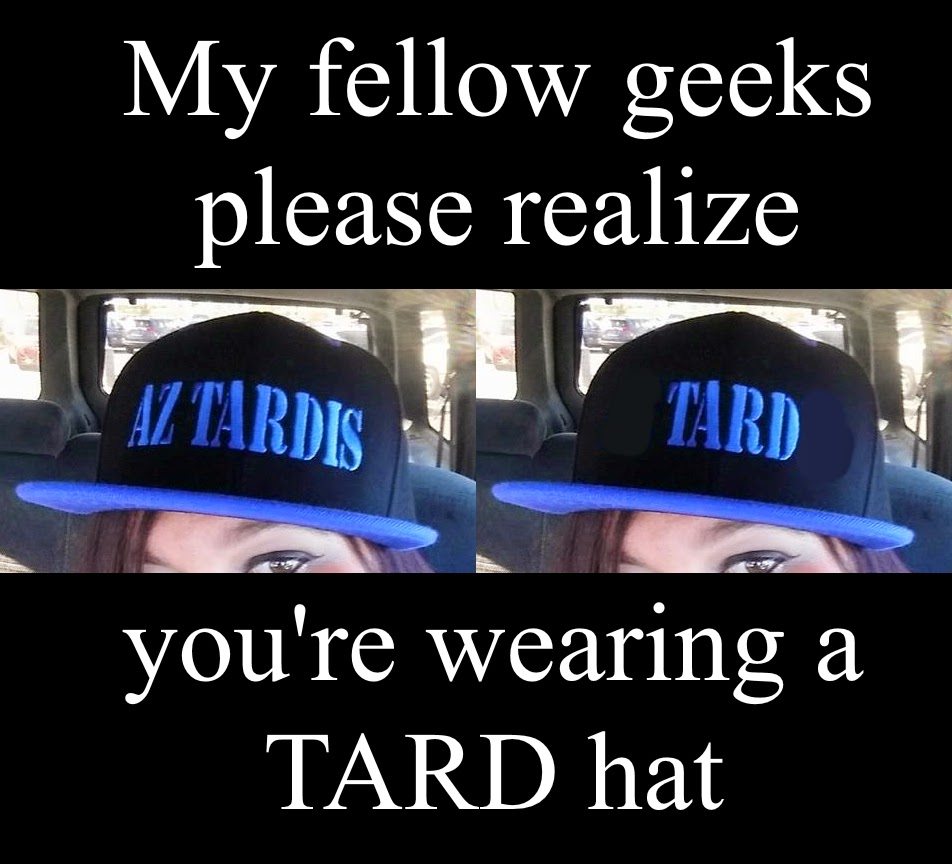 My fellow sci-fi geeks, cosplayers, and steampunk enthusiasts; I, too, am a Doctor Who fan.  But as you can see in the picture above, phrasing is very important.  I fully support expressing your love for your fandom, but please be grammatically aware of how you do so.

I belong to the Arizona Steamunk Society – AZSPS, not ASS. They are very aware and careful about that. Though many people in the group still tell me I am an ASS, wholesomely beloved. Awareness wins fights by avoiding situations which may instigation them.

I truly hope that the owner of the hat pictured above has graduated. Because wearing it down the halls of High School USA would be calling out for harassment, like wearing a big KICK ME sign. And we've all experienced the peer pressure and teen cruelty of similar situations.

I have my own custom Doctor Who shirt that a friend made for me, the only thing printed on it is the circular Gallifreyan language. Which, when you think about it, is kind of like the modern sci-fi lover's version of hippy tie dye. It doesn't actually say Doctor Who on it anywhere, so it's great when a fellow fan realizes what it is, gives that little knowing nod, and says, “nice shirt.”

My 7-year-old daughter told her brother, “Don't be a fucktard.” He told her that's not a real word. She educated him that, “it means you're being a fucking retard.” All I could do was laugh and explain to him that she was correct. So tard is very much a part of the young people's vernacular. Which is why you should never wear a hat or any other article of clothing that has tard as its only identifiable root word.

And yes, my children do cuss like sailors. They pick it up from their mother. You can especially hear their mother's voice in their inflection, “Awww, mutha fucka!” Merika. Freedom of speech. But since I only have them every other weekend, there's no way I'm going to be able to curb their use of colorful metaphors. So I have made sure that they understand the difference between formal and familiar language, that they know they can speak openly at dad's house without being judged or chastised but calling someone a stupid bitch at school on the playground at lunchtime is NOT acceptable.

The point is, know the difference between showing the love for your fandom and inviting ridicule upon yourself in any of various social situations. Now, if someone made fun of me, or one of my friends in my presence, I'd be knocking a mother fucker out. But many of my fellow geeks do not have that capacity or luxury. Be safe, yo. Peace. 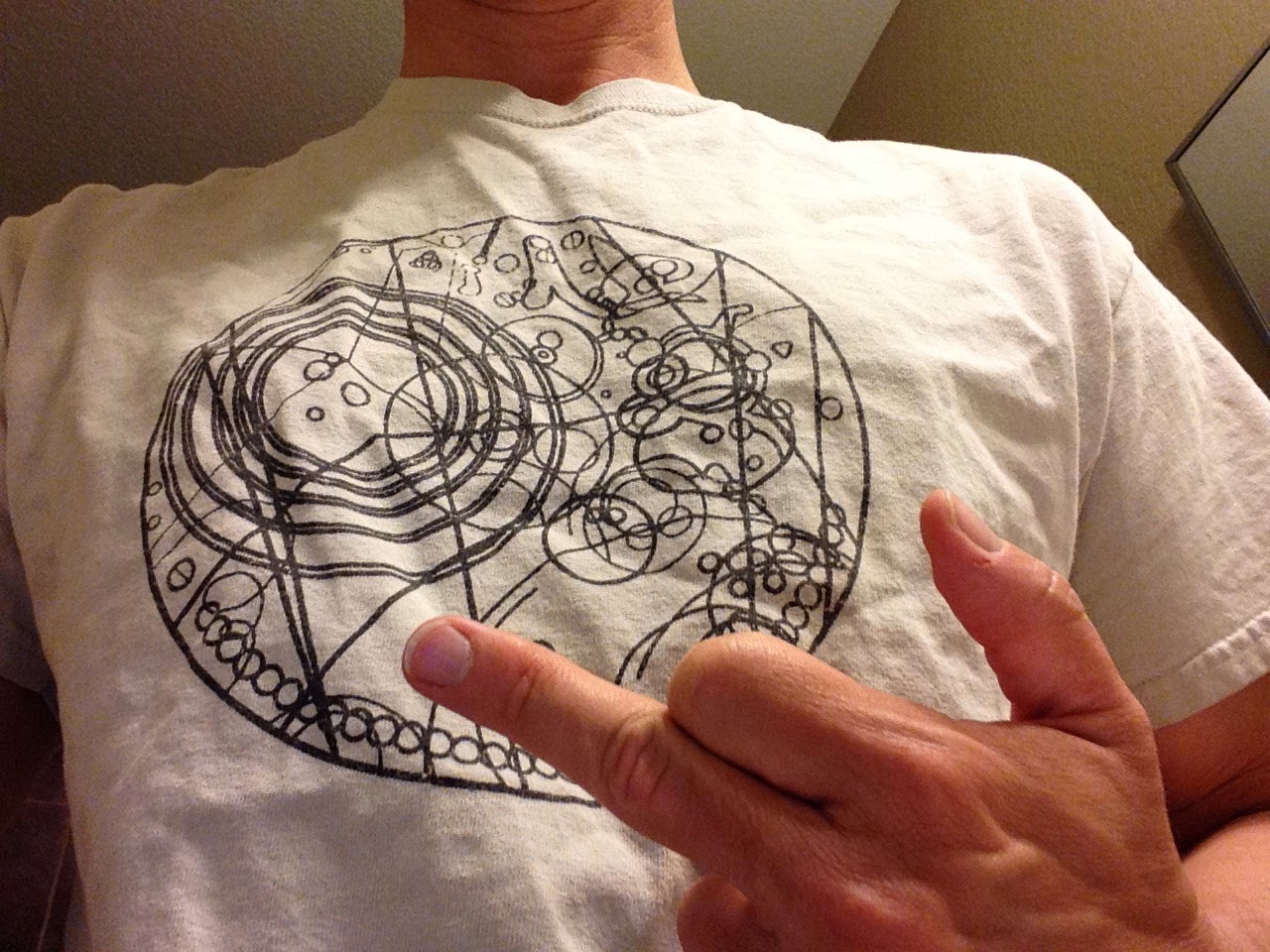 My Galli-fuckin-freyan shirt.  Yeah, I need to iron the damn thing.  Shut up!  Bully!